The show is named “Comedy and music party 1” under the management of the director and musician Minh Khang. It will be a delightful party in August at Corona Theater. 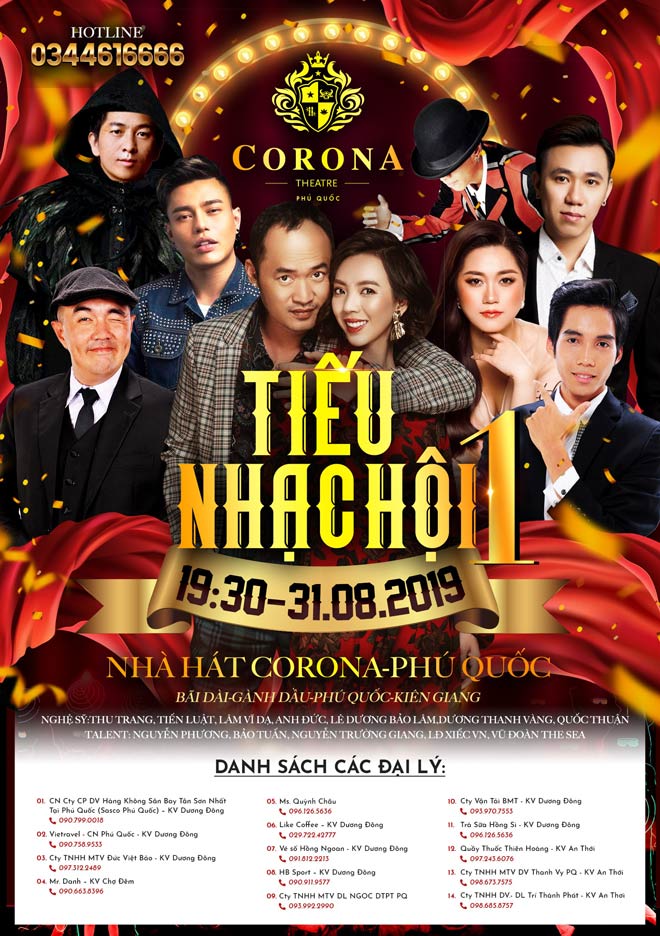 Comedy and music party 1 is an epic comedy theater and outstanding magic performance, directed by the talented musician Minh Khang and the participation of well-known performers.

Corona Theater has a capacity of more than 600 seats and modern world-class sound and lighting systems. It will offer an unforgettable performance to the audience.

Visitors wishing to have tickets to the show can order them via hotline 034.461.6666 or via the Fanpage: http://facebook.com/nhahat.corona.phuquoc/ or through the theater ticketing agents in Phu Quoc.